WE ARE VERY LUCKY TO HAVE THESE SPONSORS:

The Trenton Punk Rock Flea Market takes place three times per year at the historic Roebling Wire Works building in Trenton, New Jersey. Our team embraces a life-long love of punk rock and hardcore, DIY ethics, the arts, tattoos, copious amounts of coffee, the occasional shot of Jameson and a solid, well-styled quiff. The mission of founder Joseph Kuzemka was to create a flea market experience in his hometown that is unlike any other, bringing together vendors that touch upon the aforementioned themes while adding the 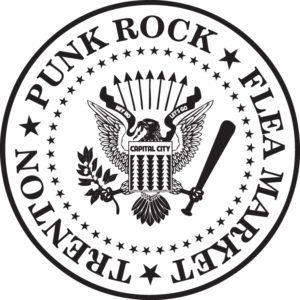 component of gourmet food truck cuisine in a safe, family-friendly shopping environment. The market is a curated collection
of more than 200 vendors from eight states that sell everything from vintage clothing, original artwork, antiques, handmade jewelry, t-shirts, vintage toys, vinyl, bone jewelry, taxidermy, as well as every other sort of interesting curiosity or unique collectible imaginable. 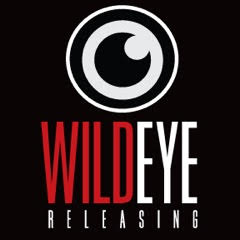 We are so lucky and happy to announce New Jersey owned  Wild Eye Releasing is a sponsor of New Jersey Horror Con and Film Festival. Wild eye Releasing,  a growing leader in independent cinema since 2008, represents horror, exploitation, dark arthouse, cult and documentary films from around the world. It is our mission to bring new and talented filmmakers and their work to as large an audience as possible, creating both traditional and digital opportunities for lower budgeted films made outside the studio system. 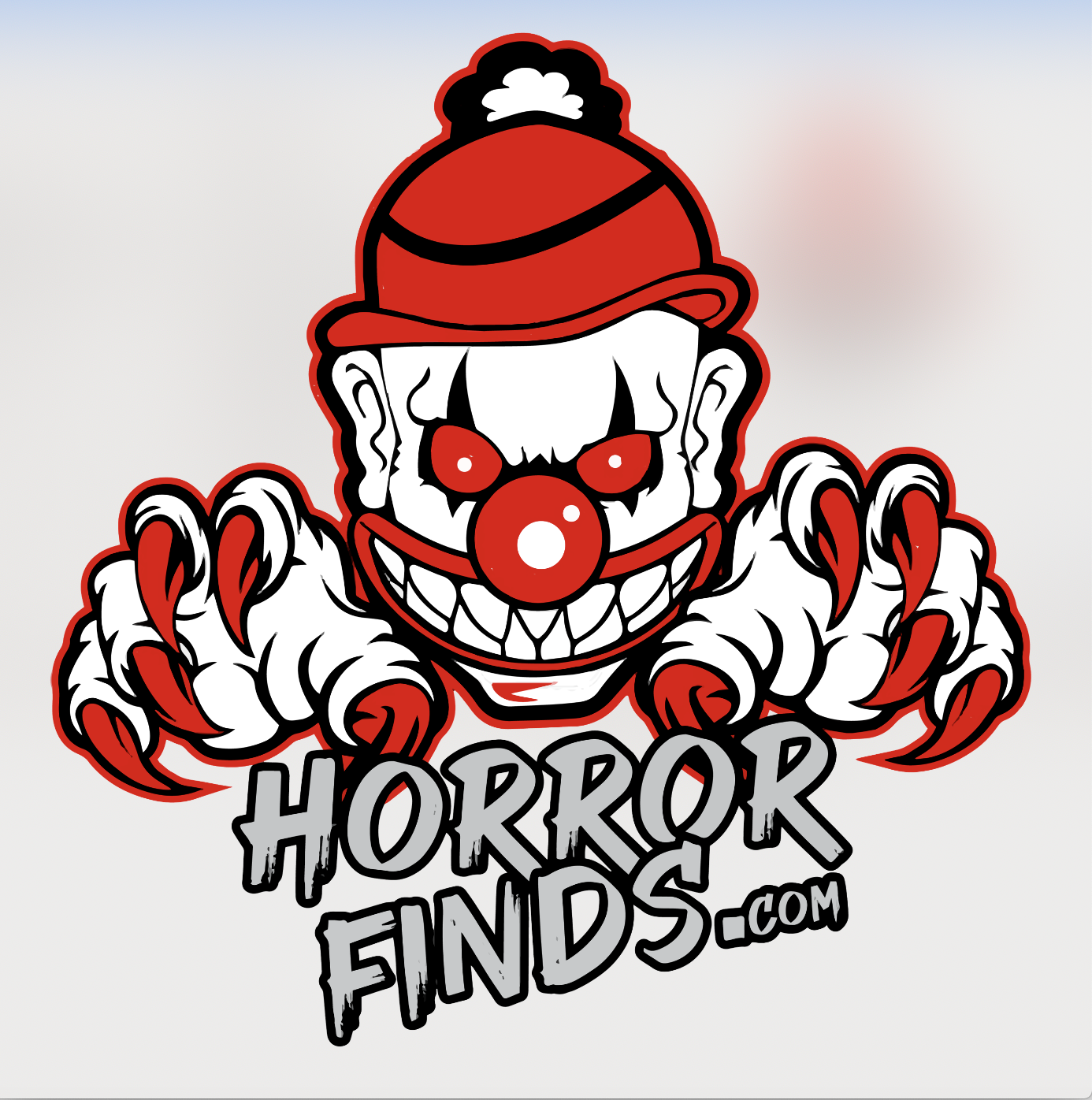 Indulge your sweet tooth with the yummy Smarties candy wafer roll you know and love, just the way you remember it.  It’s no wonder they have been one of the leading Halloween treats for over 50 years!The perfect treat anytime, anywhere. No need to worry about a mess in the heat- they won’t melt! Thank you to the great people at Smarties candy for the support of the arts and our event! 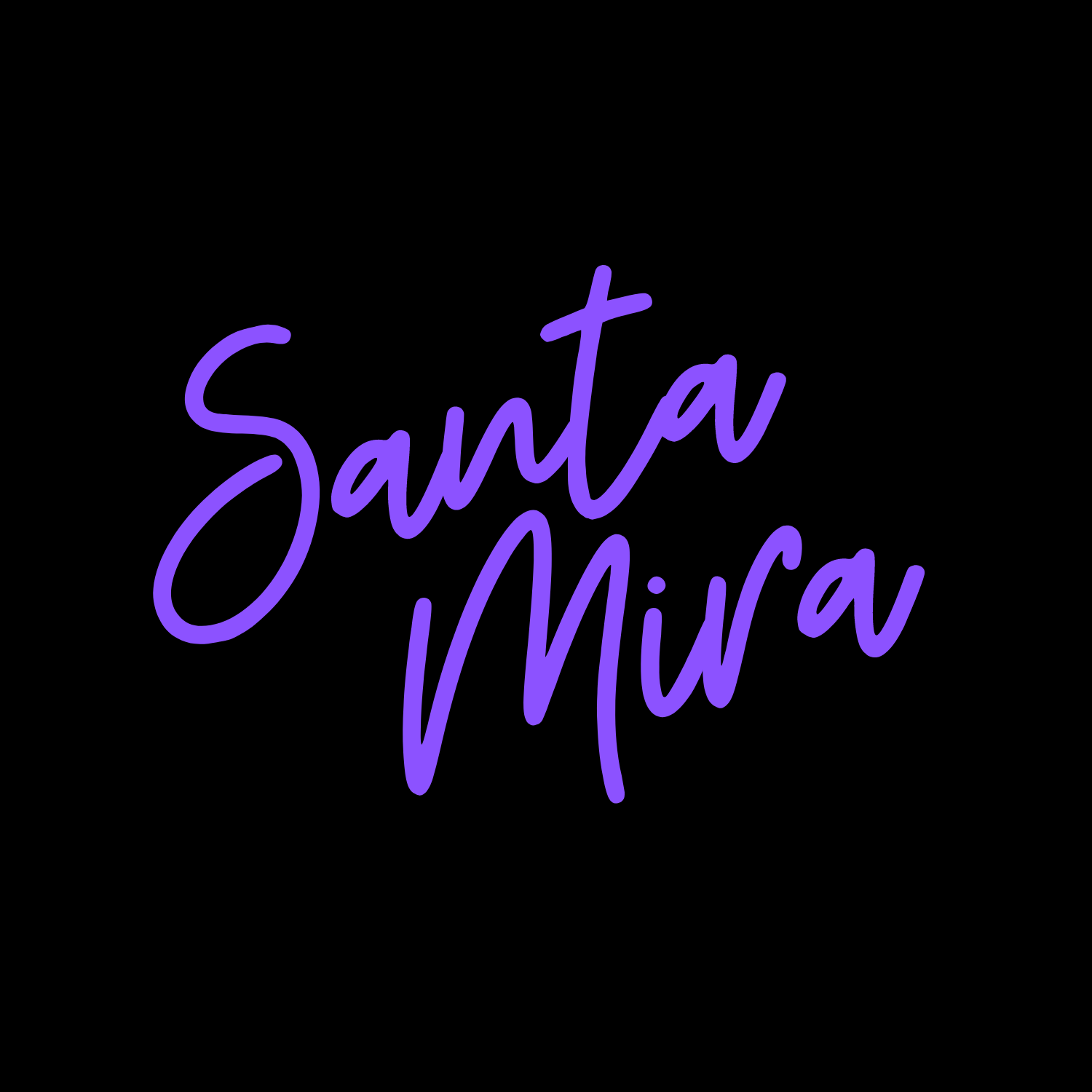 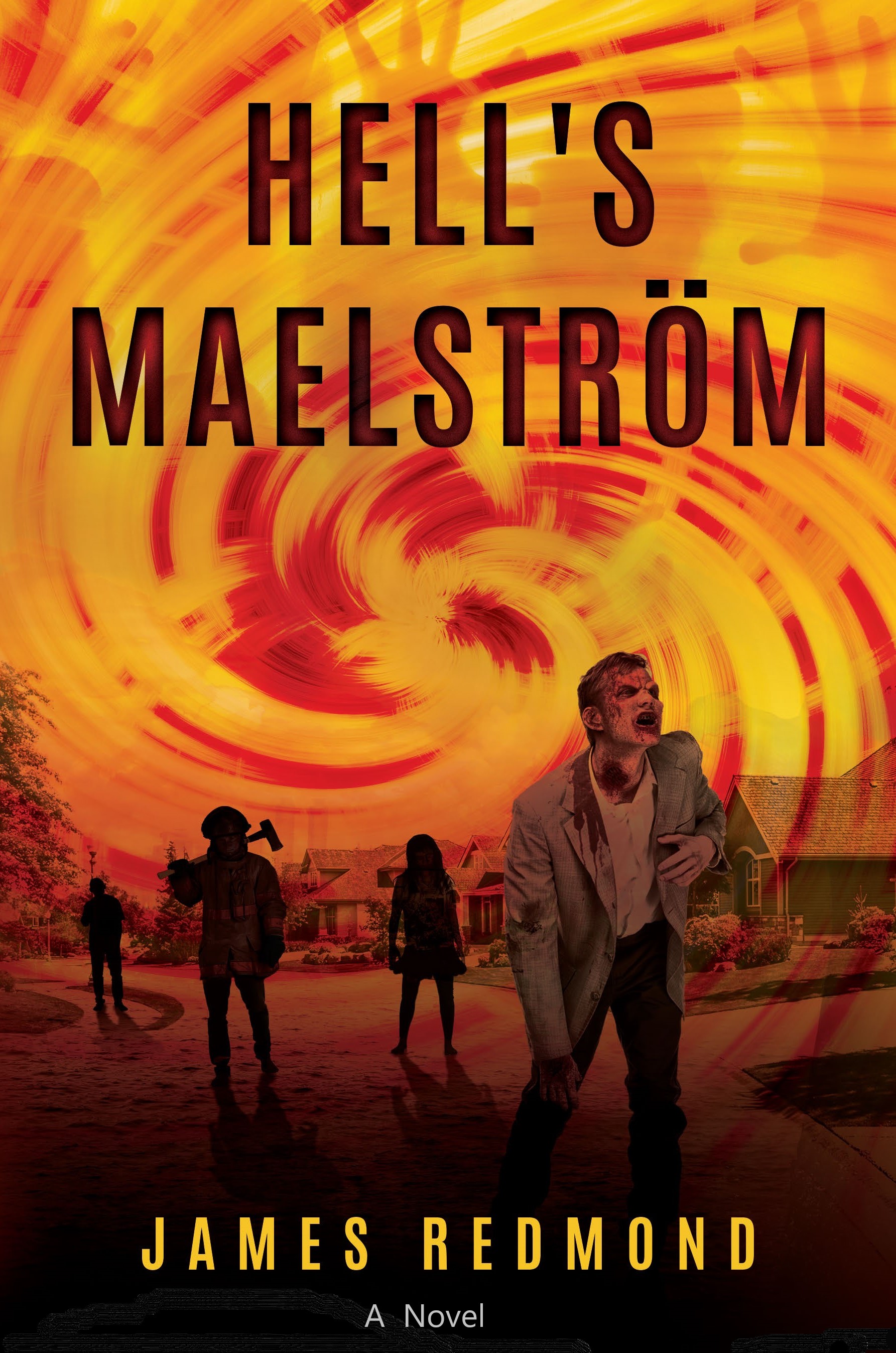 James Redmond was born and raised in New Jersey. His love for horror began in the late 80s and early 90s when he first saw Friday the 13th and George Romero’s Dawn of the Dead (1978) along with other horror films. He also was turned on to Stephen King at age eight when a babysitter would read him snippets of his stories.
In 2000, James enlisted in the U.S. Navy and served from 2000-2004. He graduated from Texas Christian University in 2017. He currently resides in Texas.
Business Info and Contact:
Website: Jamesredmondauthor.com
Officailjamesredmond@facebook.com
jamesredmond80@twitter.com
Shadow Films LLC
Shadow Films LLC has been around since 2012 making indie horror and other films. Just recently we have been part of the production of such projects as The COVID Killer, Orchard Beach, and The Theatre of Terror 1 and 2 to name a few. We are producing The Omicron Killer which will start filming the end of Sept.  2022. www.theomicronkillermovie.com 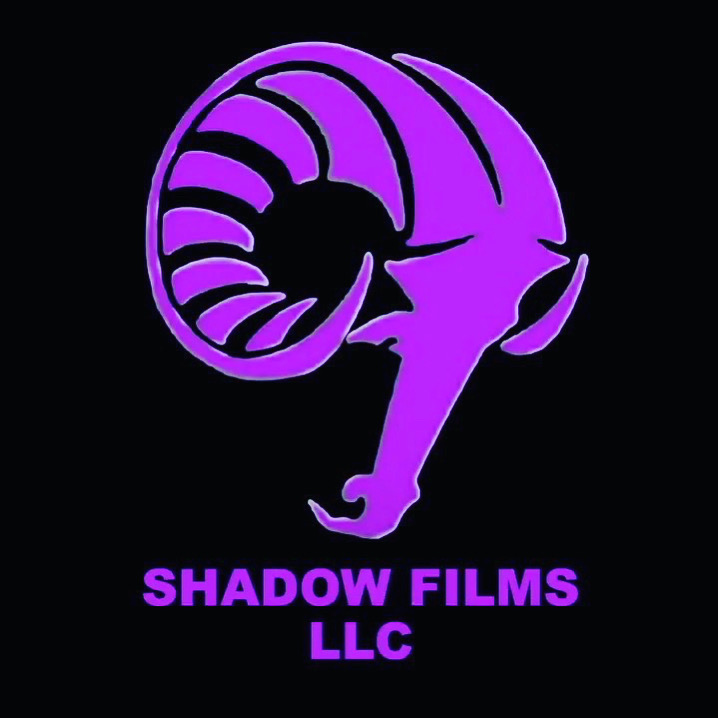 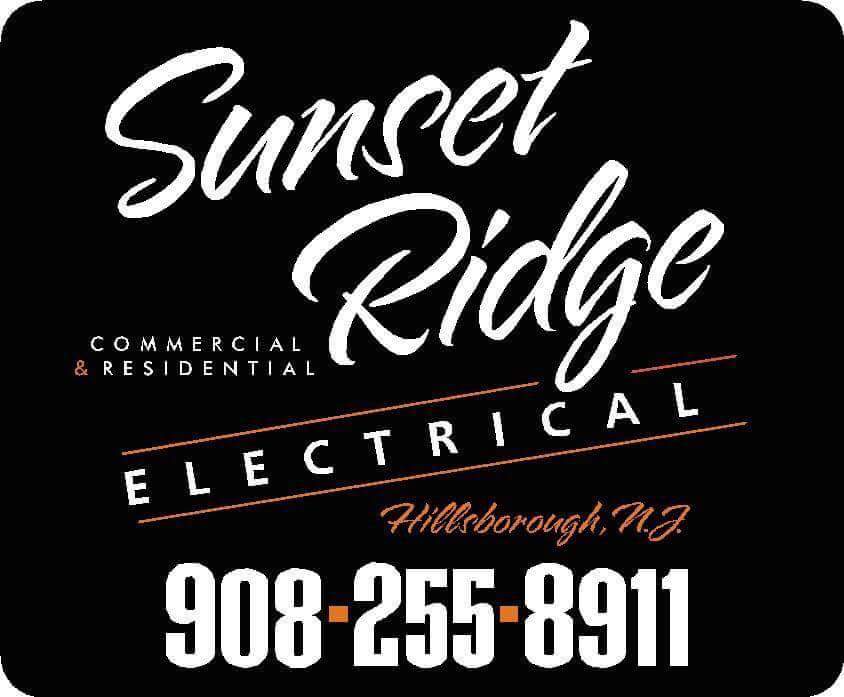 Sunset Ridge Electrical is an authorized GENERAC whole house generator dealer and installer. They also provide yearly maintenance for all GENERAC generators. Additionally, they are residential and commercial electrical contractors. Follow them on Facebook or contact them at ( sunsetridgeelectrical@gmail.com )

Mike Silk
Better known as Fan Champ
To the podcast and Film world.
He created his podcast based on wrestling, celebrity interviews, horror, pop culture, comics, and just being himself.  He has worked hard to build his podcast.
He gained an amazing team on this road to success.
He is a wrestling historian, Producer, editor, graphics for his podcast, and Actor. He is even now an ordained Minister. He was born and raised in New Jersey.  His dream was always to be in the spotlight, Entertaining people, making someone smile, and making a difference in the world.  Life is a journey.  We all have a story and your story needs to be told.  He is proud and loves all his horror con family.
It’s time once again to spread the word. 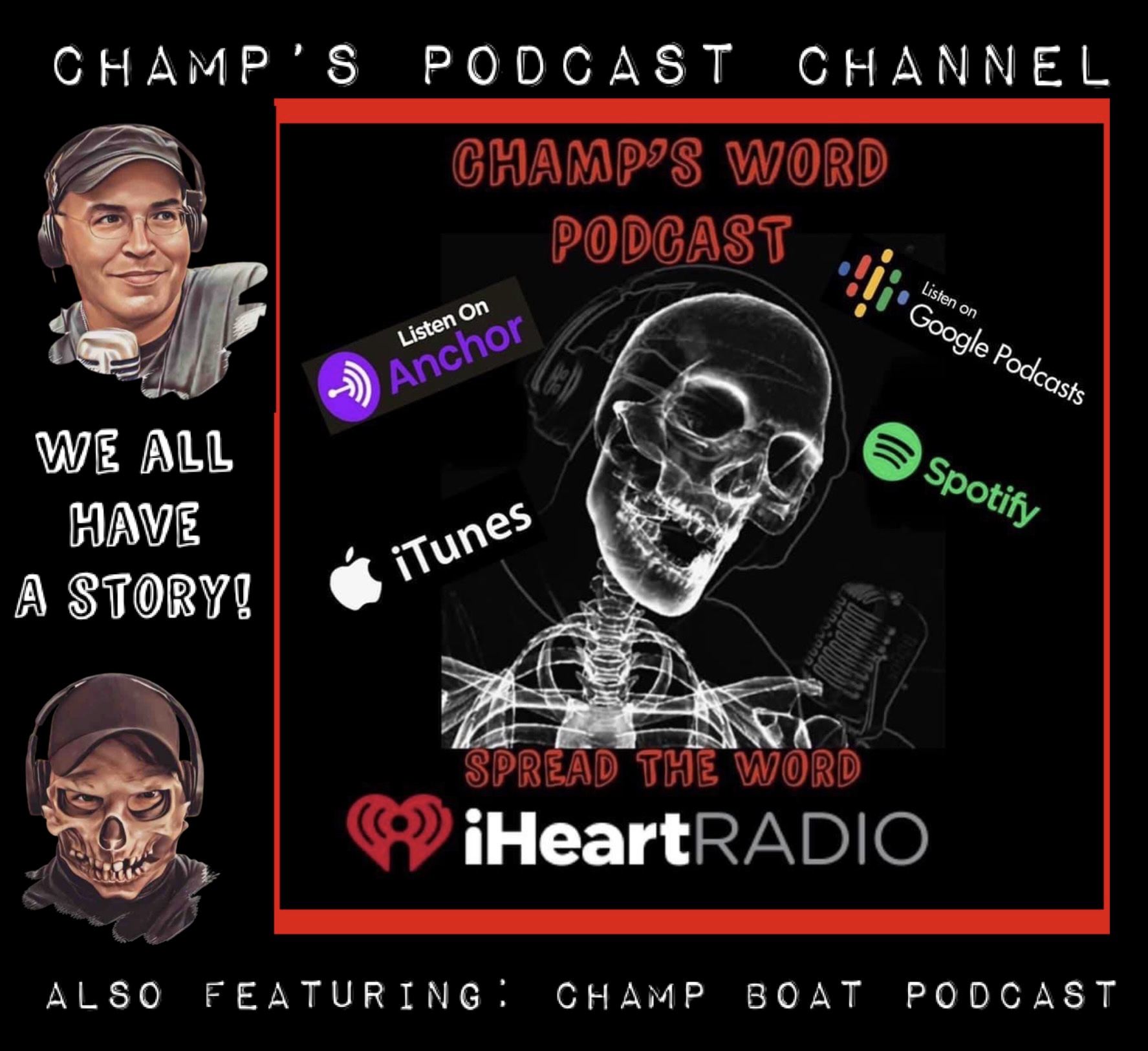 eginning in 2006, The Bodycounters took on a very special mission. Their goal: to count every body. Their humble beginnings – bored, depressed, and full of Miller Lite – have now led to a higher purpose. They have chronicled their findings painstakingly under extreme conditions. They have risked life and limb to keep their tallies, and now they bring them here to you.
http://www.bodycounters.com 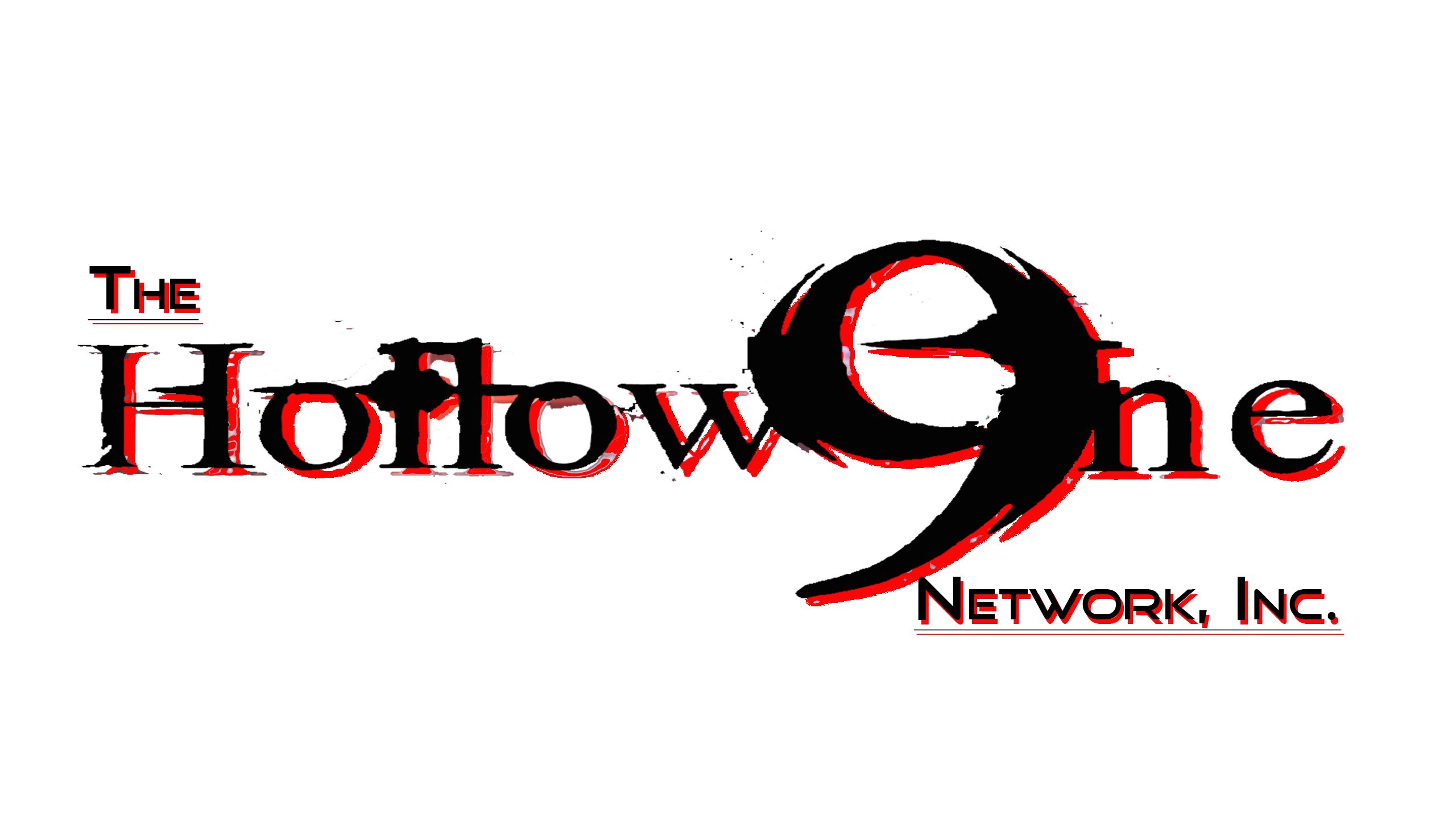 “The Hollow9ine Network offers a variety of original content and fan made podcasts relating to some of your favorite tv shows, movies, books and more. Listen as our hosts and guest hosts discuss a wide range of topics. Or feel free to become a part of our conversations by directly interacting with us.

Join in the journey, where blind alleys never lead to dead ends…Led by Dave “The Klone” Maresca, a noted and celebrated media guru in an alternate dimension, but through no fault of his own, and irreversible tragedies of science we do not yetunderstand, he is now here…the CEO and Founder of the Hollow9ine Network, Inc…

Under the direction of Dave, Hollow9ine’s latest endeavor is into the world of Audio Drama with their first original production “Tangent City”, which features his dramatic writing, sound design, editing and original music skills, as well as the talents of several members of his network and the acting community. He is an admin and friend of the founder of the Terror Firma Artist Union, and a generally jaded and cynical stand up comic trapped in the body of a working stiff. In his ongoing journey, he is constantly meeting kindred spirits, all of whom are welcomed and invited to be a part of the Hollow9ine Universe. Join us.

In her own words…

I have written 8 books in the Horror genre and 2 Children’s Book which are available at Barnes & Nobles, Amazon and other sites. Hard & Soft Back, Nook & Kindle and even Audible:

Horror Books:
*The Folks is about a little boy who acquires imaginary friends.
*The Sea of Souls is a sequel to The Folks, the little boy is grown up with a new story to tell.
*Tailor is about a female serial killer telling her life story to a reporter before she is to be executed.
*Transporter of Souls is about a car transporter who transport cars that people have died in.
*Class Reunion is a slasher book where the murderer uses the exact methods as a writer who is attending her class reunion.
*The Family Tree is about a woman who is trying to escape her family’s traditional religion. In doing so, she needs to question this religion and track down its true origins.
*White Noise Stories – Volume One is about a woman moving into her first apartment in the city. She has a hard time dealing with all of the noise so buys a white noise machine. This in turn makes her dream 13 unusual dreams. Dreams not her own. Can the dead dream and if so has the sound machine allowed her to tap into them?
*White Noise Stories – Volume Two is a continued story of Lauren going on a road trip with her friend Roxy. She hears 13 new and unusual stories through the White Noise on the radio. 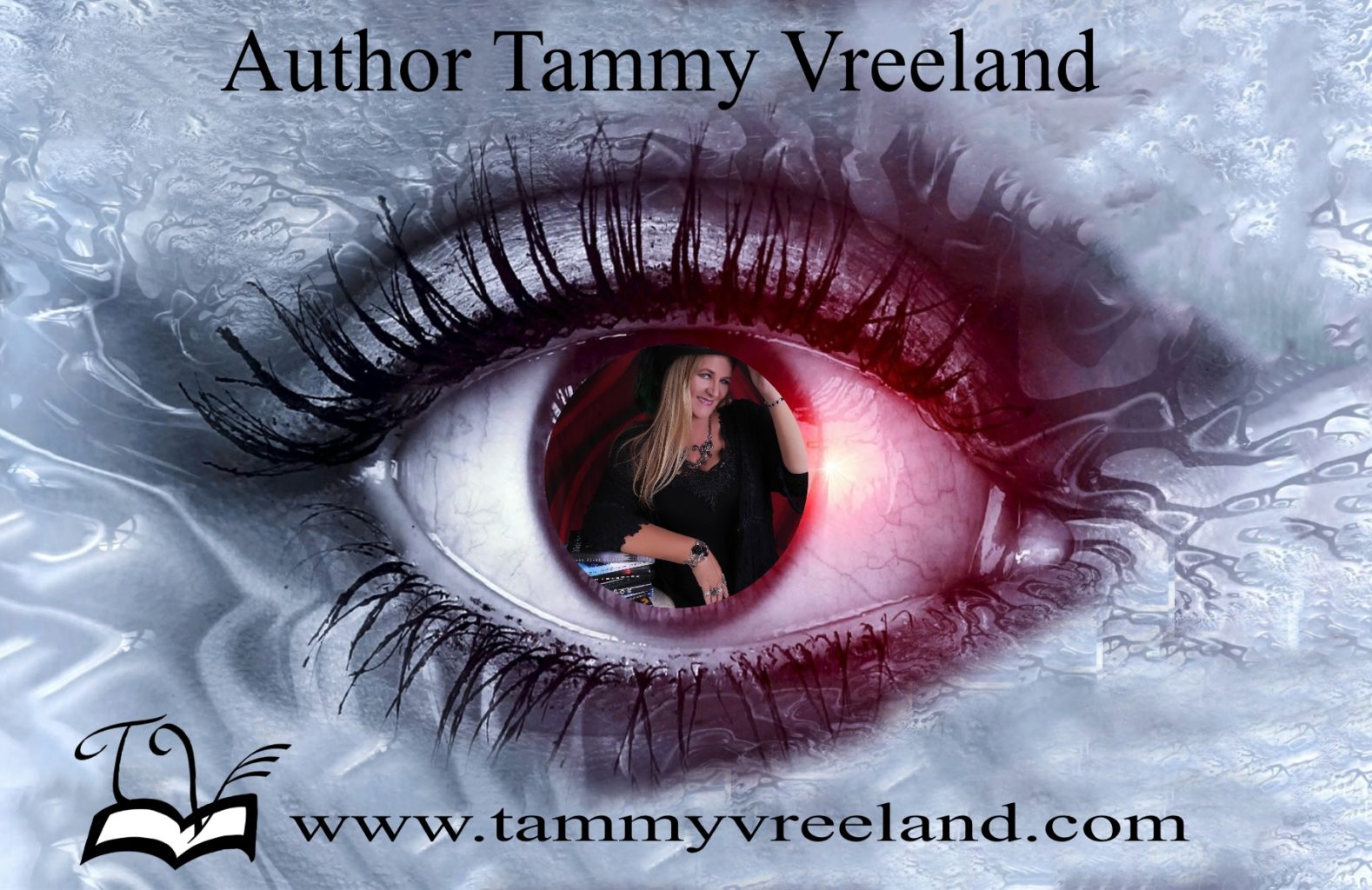 BRIAN BURROW-PODCAST
brainburrow.com
A provocative podcast that blends psychology and horror.
A proud supporter of mental and community wellness. 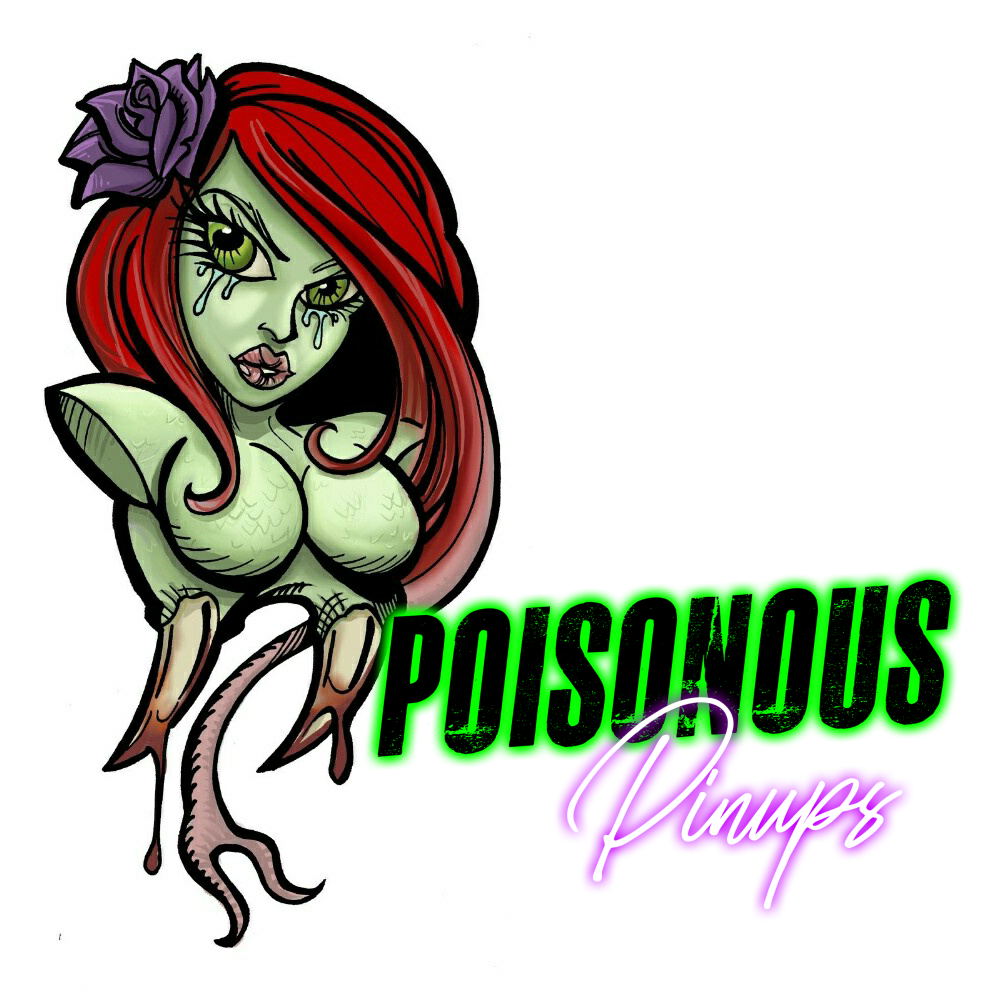 Baron, a name synonymous with horror, a Horror Historian, and Promotor of both Horror and Metal Bands, if you seek that catchy tagline, original, that’s this guy. When it comes to horror, he knows it All! A collector of the genre, and the Owner of BC Radio Network, home of over 300k tracks and 330 Labels worldwide with two premiere metal shows Shredding Metal Beasts and Sinister Death (Abomination to Decency). A Producer, Screenwriter, Journalist and the Editor of The Horror Times that covers the entire genre of Horror; fan of the macabre. His motto: “The Extreme Makes a Lasting Impression!” 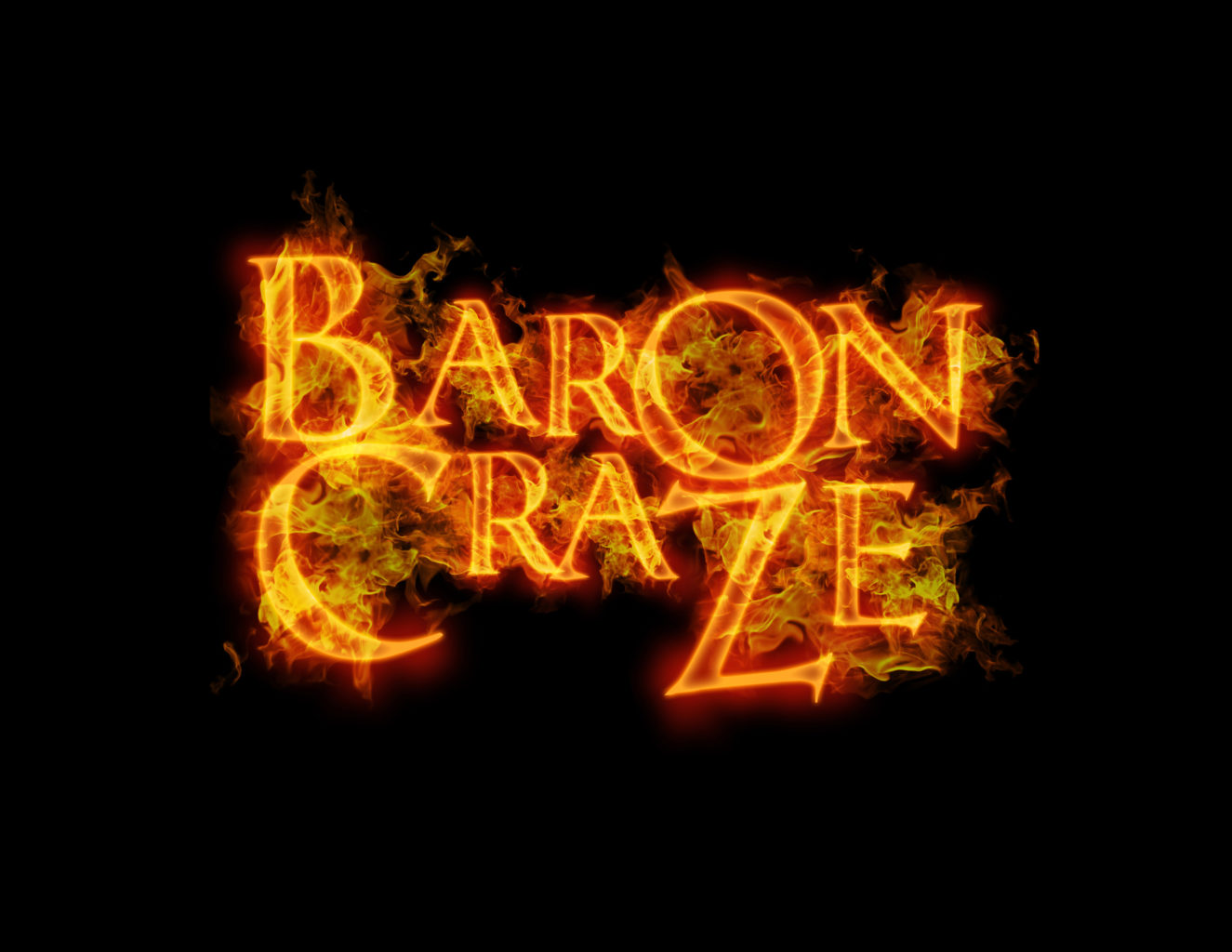